Some features of our website won't work with Internet Explorer. Improve your experience by using a more up-to-date browser like Chrome, Firefox, or Edge.
Skip to content
Services to SchoolsExplore this section

Genres and forms for young adult and young fiction

Find out about popular young fiction and young adult (YA) fiction genres and forms so you can help students choose books they'll enjoy.

Similarities or differences with adult fiction

Genres for young fiction, and in particular YA fiction (young adult, also known as youth or juvenile fiction), span most of those covered by adult fiction. What distinguishes them from adult fiction is that the main characters are usually children or teens dealing with teen issues.

Types of genres and forms

Classifying a title into just one genre can straight-jacket a book and limit its appeal. A book may traverse a range of subjects. With this in mind, we provide this overview of children’s and YA fiction genres. We hope it helps you when you are making loan requests and thinking about your students' and your own reading.

Adventure fiction usually involves the main character going on a quest or journey and experiencing extreme conditions. The adventure may or may not involve history but has plenty of action. Some adventure fiction could also involve elements of mystery, dystopia or fantasy.

Penned by women authors, these books can be light and funny and usually deal with relationships, dating, and romance. Some cover more delicate themes such as pregnancy, abortion, weight problems or drug abuse. Examples are:

The classics are titles that have established themselves as distinguished examples of penmanship of a particular period in history. Classics are time-honoured, which is why there are 'classic' classics and modern classics. Examples include:

This is the kind of fiction that stands out, gets mentioned and recommended. Usually set in the recognisable present, contemporary fiction is realistic with contemporary characters, events and dialogue. Examples that fall into this category are:

Narrated in diary format these fiction or non-fiction tales are personal recounts usually played out day-by- day. The narration could be based on an adventure, an historical event or a personal experience. Examples are:

Dystopian fiction is set is new or alternative worlds, or futuristic societies and is characterised by degradation in values, social hierarchy, terror and oppression. These titles often include elements of science fiction, conflict and romance. Well-known examples include:

Dystopian novels can lend themselves well to secondary teachers looking for genre fiction for students to read for pleasure. For example, science and social studies teachers might look to:

Teachers of media studies and in particular advertising might look to:

Books that reflect children and teens (and even adults) having to undergo some kind of inner conflict or interpersonal conflict at some point in their life — including 'coming of age' stories. This may involve relationships, bullying, decision making or identity crisis. Examples that resonate with this genre include:

This genre of literature deals with the struggle for identity, acceptance and relationships of protagonists who are gay, lesbian, bisexual or transgender. Examples include:

Fiction and non-fiction graphic novels (or as some prefer – comics ) are full-length works of literature, which require you to read the pictures and text.

While some titles appeal to reluctant readers, much of the graphic novel format requires a level of sophistication in reading ability. Neil Gaiman is renowned as an international leader in this field.

Graphic novels provides a good overview of this book format and how to use them with students.

This genre of books has been written with the intention to scare the reader with gory details of blood, ghosts, vampires, skeletons, demons and the supernatural world. Examples include:

These novels have the story and characters pitched against a significant backdrop of time or history of a place or country. War, social history and political instability often feature, as in:

Other notable examples include:

Stories that cause you to smile or laugh out loud at the quirkiness of their characters or stories. Good examples include:

These are the Sherlock Holmes and Agatha Christies of the collection. Examples of this genre are:

New Zealand has a growing range of authors who write progressively for children and young adults. The New Zealand Book Awards and the LIANZA book awards are endorsements that recognise excellence and their unique styles. Examples are:

New Zealand Book Council's Writers Files is the most comprehensive collection of information about New Zealand writers on the Internet.

Rhyme is found everywhere, in songs, chants, jingles, books or as novels in verse. Poetry covers a vast range of subjects and is often used in schools and homes as read alouds.

Poetry provides lots of information about poetry and sharing poetry with students.

Novels dealing with the paranormal or supernatural include themes such as good and evil, relationships and conflict along with creatures such as werewolves, vampires or ghosts. It’s the type of fiction where occurrences cannot be logically explained, such as telekinesis or extrasensory perception. These novels span other genres such as fantasy, mystery, horror and romance. Popular examples are:

This genre can stand alone, but romance is often a feature of other genres such as dystopian and supernatural literature. The Crazy Things Girls Do for Love by Dyan Sheldon is pure romance, Jacqueline Wilson's The 'Girls' series touches on issues many adolescents can identify with, while Stephanie Myers' Twilight series has an appealing combination of the supernatural and romance.

The Oxford dictionary defines science fiction as 'fiction based on imagined future scientific or technological advances and major social or environmental changes, frequently portraying space or time travel and life on other planets.'

Short stories are a delectable anthology of the best of authors and their style. Short stories could be a selection of stories by one author or a collection by various authors. Good examples include:

Hard to define, but this genre is said to be a sub-genre of science fiction and fantasy that includes technology or gadgets from the 19th century. Some describe it as the old aesthetics of the Victorian age mixed with modern technology. For an understanding of this genre try:

Verse novels are a form of poetry. Offering thought-provoking stories , verse novels are often autobiographical, flexible in format making them an attractive introduction for reluctant readers.

Straightforward, shorter and faster to read than a novel, most have a single narrator and an intimacy of detail in short sound bites. Steven Herrick, Sharon Creech and Karen Hesse have captured the deceptive simplicity of this genre.

Some of the exceptionally talented names and examples in this genre are:

Use our Books and Reads tool to explore, find, and share children's and young adult (YA) books and reviews.

Keeping children reading during the tween years, from around ages 9 to 12, can be a challenge. Knowing their interests and providing a range of reading material will help keep their enjoyment of reading alive.

Librarians and teachers have an important role in helping students learn how to find a ‘just right’ book. A vital step for a student towards becoming an engaged reader is knowing how to successfully browse, preview, and select what to read for pleasure.

Be a reading role model, inspire and encourage your students to become engaged readers. Read, reflect, know the literature and share your passion. 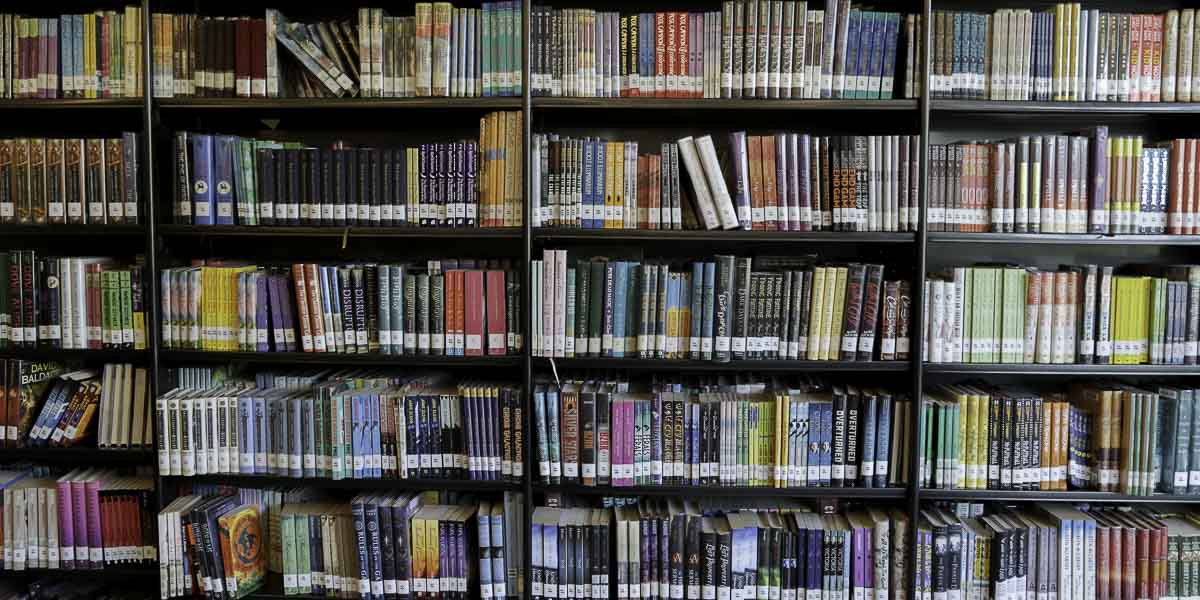