Sorry folks! From 9pm Friday 9 April, you will not be able to order images or login into your National Library website account. This is due to RealMe scheduled maintenance. These services will be back on Monday 12 April.
Some features of our website won't work with Internet Explorer. Improve your experience by using a more up-to-date browser like Chrome, Firefox, or Edge.
Skip to content
Sorry, image ordering is not currently available.

Digital copy of a photograph album containing 323 black and white photographic prints which mostly relates to Neville Henry Arden's military service during World War One. Arden served in the 1st Battalion, NZ Rifle Brigade, and 3rd Battalion Otago Regiment, NZEF. Service number 23/1288. The photographs were taken by unidentified photographers between 1915 to 1916. Some photographs feature Arden. Images show army training in New Zealand, the sea voyage to Egypt, life in camp, training and sight-seeing in Egypt, and leave activities in England. Some pages have inscriptions underneath the images with date, location and names. Some photographs have captions on the print. The album also includes a smaller number of images relating to Arden's life in New Zealand.

The second group of photographs are taken on the sea voyage to Egypt. Scenes taken onboard show activities on deck, including the signaller, soldiers playing games, washday, soliders coming aboard. Scenes taken from the gunnel show transport ships HMNZT No. 30 'Maunganui', No. 34 'Warrimoo', No. 31 'Tahiti', No. 27 'Willochra' leaving Albany and on the river at Freemantle, Australia; a passenger liner passing on the open sea, passing islands at the straits to the Red Sea, ships at the entrance to the Red Sea and Gulf of Suez (dated 14.11.15).

The third group of photographs show scenes at Port Tewfik, Heliopolis,and Cairo, Egypt. Shows Arden on the Suez wharf, soldiers with locals loading ammunition on to train at Port Tewfik, local men, street scenes, train for Suez to Cairo, an acrobatic trio of boys posing, line of troops off to the front, soldiers posing beside their tents at military camp, Heliopolis, Arden in pith helmet and leather slippers, the fairy grotto and a baby giraffe at Cairo Zoo, the Australian hospital at Helipolis, nurse Sister E. McAllun (?).

The fifth group of photographs are taken at a location in Egypt - possibly El Rakum. Shows a walled garden, tomb and graveyard, soldiers interacting with local men (the 'sports committee' and the 'sports meeting'), camels waiting to be loaded, the arrival of South African troops (dated 14.2.16).

The seventh group of photographs are taken while sight-seeing on leave in Egypt. Scenes show locals and soldiers, the banks of a river, historic ruins, Rameses II statue at Dead City of Memphis, donkey and cattle grazing, bullock and wheel, shady streets and Egyptian buildings. Also scenes show soldiers posing in camp, large building and row of Red Cross ambulances.

The ninth group of photographs show scenes taken in New Zealand; a man beside a water wheel, Mount Taranaki, a beach coastline landscape. Also two postcards, Miss Edith Cavell and a Maori Chieftain in korowai cloak carrying a mere; and a newspaper clipping of the Boulcott Farm memorial stone.

Provenance: Lender bought the album some years ago, from a shop selling military collectables. 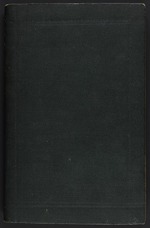