Notes on Maori history, in particular of Hawke's Bay, given orally by Tomoana of Waipatu, Hastings, Hawke's Bay, 4-12 Jan 1941, being taken down at the time in abbreviated form and afterwards expanded by A M Isdale; draft for revision by Tomoana. Includes notes on Io, comments on Reed's and other histories, `Te Oriori mo Ninewai Terangi, na Te Hoeroa Heretaunga', in Maori, as revised by Tomoana, with English translation (1940), genealogy from the time of creation according to Maori, Maori almanac, Takitimu migration, Kahungnungu, myths and legends, songs, the Te Hapuku incident, Noah Huku becoming blind, the Ten Grantees Act, notes on Hawke's Bay history, on Omarunui, Te Kooti, Henare Tomoana's poem on his work in Parliament, notes on Mohi Tawhai, the inner harbour claim of Hawke's Bay, whakapapa, notes on W T Prentice and Maruiwi and Grey's Polynesian lore, the Maori pyramid account (Mormon), the football incident, the Inland Patea incident, the translation incident, Ihaia Hutana and other notes 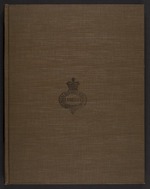