Knowledge is a blessing on your mind: Wānanga and the Scientific Project

Dame Anne Salmond, Distinguished Professor of Māori Studies and Anthropology at the University of Auckland, will deliver the 2020 Friends of the Turnbull Library Founder Lecture.

Join us for the annual Founder Lecture and hear from Dame Anne Salmond. Dame Anne is a Distinguished Professor of Māori Studies and Anthropology at the University of Auckland, whose profoundly significant books have helped New Zealanders understand themselves and appreciate their cultural heritage. She is also a passionate supporter of the Alexander Turnbull Library.

The Friends of the Turnbull Library will provide refreshments after the lecture.

RSVP now for your seat

Seats are limited so book your seat now by emailing turnbullfriends@gmail.com.

The Library’s founder, Alexander Horsburgh Turnbull, was born on 14 September 1868. He developed a passion for collecting everything he could that was published in, or about, New Zealand and the Pacific, and to significant works of literature.

When he died on 28 June 1918 Turnbull made what was described in the ‘New Zealand Times’ in July 1918 as ‘the most generous bequest to the people of New Zealand since the beginning of New Zealand Time’. The collection comprised over 55,000 books, along with thousands of original artworks, prints and maps.

These collections have been built through donation, bequest, legal deposit and targeted purchase, to contain millions of items in many different formats. The Turnbull Library opened to the public on 28 June 1920.

Learn more about Alexander Turnbull and his library

A Friends of the Turnbull Library event.

Dame Anne Salmond is a Distinguished Professor of Māori Studies and Anthropology at the University of Auckland, and a leading social scientist. She is the first New Zealander to be elected a fellow of both the US National Academy of Sciences and the British Academy. A former Vice-President (Social Sciences and Humanities) of the Royal Society of New Zealand and the first social scientist to be awarded the Rutherford Medal, New Zealand’s top scientific prize, she is also deeply involved in New Zealand’s public life as a scholar and communicator.

In 2013 she was chosen as the Kiwibank New Zealander of the Year. Dame Anne Salmond is the author of many significant books on New Zealand’s histories. These include ‘Amiria: the life story of a Māori woman’ (1976), ‘Two worlds: first meetings between Maori and Europeans, 1642-1772 (1991) ‘The trial of the cannibal dog: Captain Cook in the South Seas’ (2003), and ‘Tears of Rangi: Experiments Across Worlds’ (2017) Anne Salmond is the host of the ‘Artefact’ documentary series with Māori TV.

In August 2020 Dame Anne was awarded the Caird Medal from the UK’s National Maritime Museum for her ‘great contributions to scholarly and public understanding of Māori history, the history of Pacific voyaging and cross-cultural exchange’.

Check before you come

Due to COVID-19 some of our events can be cancelled or postponed at very short notice. Please check the website for updated information about individual events before you come.

For more general information about National Library services and exhibitions have look at our COVID-19 page. 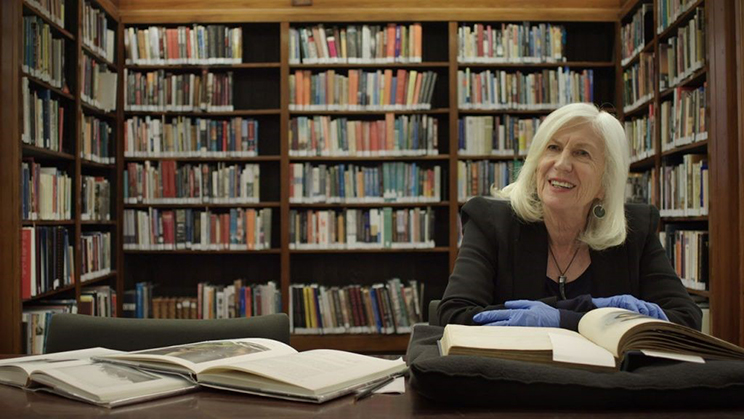 Distinguished Professor Dame Anne Salmond is a of Māori Studies and Anthropology at the University of Auckland. Photograph supplied.

Sign up to our ‘What's on’ newsletter and receive updates about events at the National Library.

Friends of the Turnbull Public Programme — 2021